It's nonsensical. Hahahaha Frustrated would-be fox hunters are being offered a wacky alternative by a paintballing company -- the chance to shoot at a 'human fox.' Bosses at UKPaintball.co.uk say they came up with the idea -- which sees paintball gun totting 'hunters' chasing a man in a fox costume -- to help satisfy the urges of people after the 2005 hunting ban. Groups of up to 10 people can take part in the £400 hunts through dense woodlands at the paintballing centres and it's hoped they will be enjoyed by both the pro and anti-hunt brigades. All participants don traditional hunting attire and there is even the sound of a bugle to start the hunt. A spokesperson for the organisers said: "The only difference is the fox is a human in fancy dress and he won't be harmed, well… maybe bruised a little. 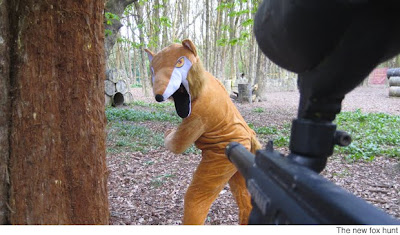 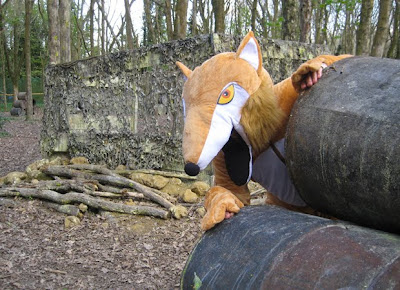